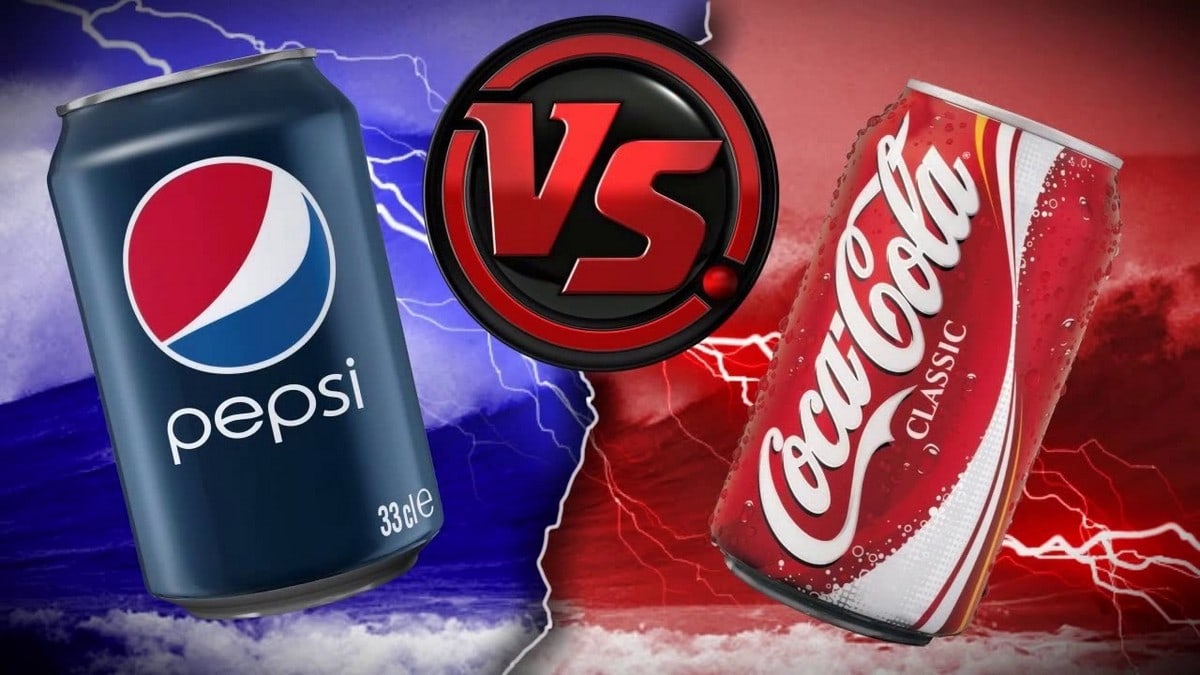 Many people do not see a big difference between the two aerated drinks, Pepsi and Coca Cola but there are a few others who prefer one drink over another.

Pepsi is the world’s most famous #2 multi-billion-dollar brand. Pepsi was started with the name “Brad’s drink” in New Bern, North Carolina, United States. Pepsi is a beverage of PepsiCo which also manufactures other food products like Lays, Tropicana, Quaker and Gatorade. Some of the Indian celebritieswho advertise Pepsi are Priyanka Chopra, Ranbir Kapoor, M S Dhoni, Virat Kohli and Disha Patani.

According to a branding agency in Mumbai, Pepsi’s marketing strategy is subjected to segmentation. It only targets a specific group of customers, the youth. Tarun Bhagat, the Marketing Director of Pepsi India stated that “PEPSI is a brand which has always resonated with the voice of today’s generation” hence the tagline “Yeh hai Youngistaan Meri Jaan!”.

Pepsi is made up of Carbonated water, high fructose corn syrup, caffeine, sugar, caramel color, phosphoric acid and citric acid. Pepsi is said to be the leading cold drink currently. Mountain Dew and 7up are two other carbonated soft drinks under PepsiCo, their target customers are completely different from Pepsi. The marketing mix pricing strategy of Pepsi is mostly driven by its most important competitor Coca Cola. Pepsi is now available in more than 200 countries. PepsiCo products are easily available and reach out tomajority of the population. Pepsi in some countries is also available in different variants such as Pepsi Twist, Pepsi Wild Cherry, Caffeine-free Pepsi and many more. Even though there are so many variants, the marketing and advertising is focused only on the original variant of Pepsi. Pepsi has been a sponsor of NBA, football leagues and ice hockey. Pepsi also sponsored the National Football League since 2002. Pepsi, apart from sports, also sponsored singers such as Michael Jackson, Britney Spears and Kanye West. Since both Pepsi and Coca Cola have served as sponsors to many sports leagues, after their long years of rivalry, they compromise when it comes to sponsorship, its common for them now.

Coca Cola, on the other hand, has 3 main variants – Coca Cola Classic, Coca Cola Zero Sugar and Diet Coke. The name Coca Cola was derived from the Coca leaves and Kola nuts which were a source of caffeine. Coca Cola was introduced in the 19th century but became known only in the 20th century. It is now sold in more than 200 countries. Some Indian celebrities who advertise Coca Cola are Aamir Khan, Deepika Padukone, Alia Bhatt and Siddharth Malhotra. It generates 60% of its revenue and 80% of its operating profit from outside the United States. According to Business Insider, approximately 94% of the world’s population is familiar with the red and white logo of Coca Cola. Coca Cola doesn’t target a specific segment but adapts its marketing strategy by developing new products. Coca Cola has been a sponsor to many huge events and leagues such as FIFA and also the sponsor of Delhi Daredevils in the Indian Premier League. Coca Cola too sponsored the Olympics at one point. They were also the sponsors for American Idol.

The two soft drink companies had an obvious rivalry which is popularly known as “Cola Wars”. The marketing strategies of both the companies are excellent and hence, competitive. Coca Cola implements its emotional branding campaigns in a way that would trigger emotional touch in the minds of the consumer, with a sense of belonging and loyalty. As simple as it may sound, the company aims to create a smile, even a subtle one, as an individual watches their ads. Pepsi has rich history in celebrity endorsement that includes professional athletes and pop stars, now growing to be more impactful by collaborating with social media influencers. The two brands have been competing for more than a century now. Coca Cola was created 13 years before Pepsi Cola. Coca Cola was already selling million gallons per year before Pepsi came into the market.

The die-hard fans also take the taglines of these brands seriously and start a hashtag movement, hence leading to marketing. Coca Cola and Pepsi have succeeded for more than 100 years and are continuing to do that with their evergreen cola taste, campaigning and sponsorships. Pepsi has attracted the youth of today and Coca Cola has met the sentiments of people. Well, without this competition, would they be so successful?